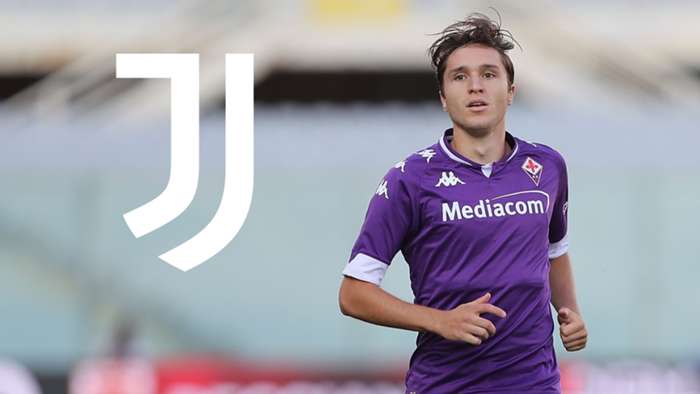 Juventus have reached an agreement with Fiorentina and Federico Chiesa to bring the winger to Turin, Goal can confirm.

Juventus will pay around €2 million for the first year of the loan deal, which will rise to€8m for the second season.Chiesa's stint in Turin would then have to be made permanent for a fee of around€40m($47m)if certain conditions are met.

Among a range of factors that would see Juve forced to buy Chiesa outright include the attacker playing at least 60 per cent of matches for at least 30 minutes and the player himself contributing a minimum of 10 goals and 10 assists.

Chiesa is also expected to sign a contract extension with Fiorentina before sealing his move to Juventus with his wage demands on that front initially holding up the deal.

A medical in Turin is scheduled to take place on Monday with an official announcement likely to come soon after.

Fiorentina chief executive officer Joe Baroneconfirmed in May that several English clubs were "knocking at the door" to sign their young star.

“There are clubs knocking at the door for Chiesa, some of them who speak English…We’ll see.For the moment, we just need to finish the season and he is very concentrated on doing well for us, Barone toldLa Gazzetta dello Sport.

Chiesa joined Fiorentina as a junior in 2007 and has never played for another club. He incidentally made his senior debut against Juventusin 2016 but was replaced by then managerPaulo Sousa at half-time.