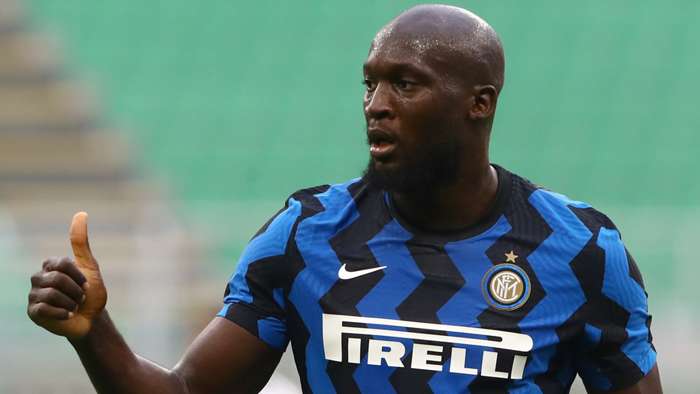 Inter striker Romelu Lukaku has hit back at critics who branded him "lazy" and "slow" during his time at Manchester United.

The Belgium international established himself as one of the most deadly forwards in the Premier League during his three-year spell at Goodison Park, and made a bright start to life at Old Trafford.

Lukaku notched 26 goals in all competitions during his debut season with Red Devils, helping them finish second in the Premier League and reach the FA Cup final.

He wasn't nearly as prolific in 2018-19 though, and questions were asked over his fitness and lack of quality in possession following the club's decision to replace head coach Jose Mourinho with Ole Gunnar Solskjaer.

The Norwegian placed his belief in Anthony Martial and Marcus Rashford to lead the line ahead of Lukaku, while promoting academy graduate Mason Greenwood into a senior role.

The 27-year-old was ultimately sold to Inter for £74 million ($96m) last summer, where he has since rediscovered his best form to help Antonio Conte's side fight for silverware across multiple fronts.

Lukaku already has 37 goals to his name in a Nerazzurri shirt, and the ex-United frontman believes his talents are appreciated far more in Italy than they ever were in England.

The Belgian insists he hasn't changed his game in Serie A, but has been able to express himself more freely without detractors jumping on his back at every possible opportunity.

"Here, they call me the hardest worker in the room. If you look at me playing here and there, I mean, there are improvements but the same Rom is still there.

"They will call me slow and I'm like, 'slow? Me, slow? I cannot keep up with the fast pace game of Man Utd?

"There were too many little things where I thought: this is not right. If you call me slow I would not score a goal like I scored the second against Shakhtar Donetsk in the Europa League semi-final.

"If I was slow I would not have got the penalty like I did against Sevilla in the final. That's two years after.