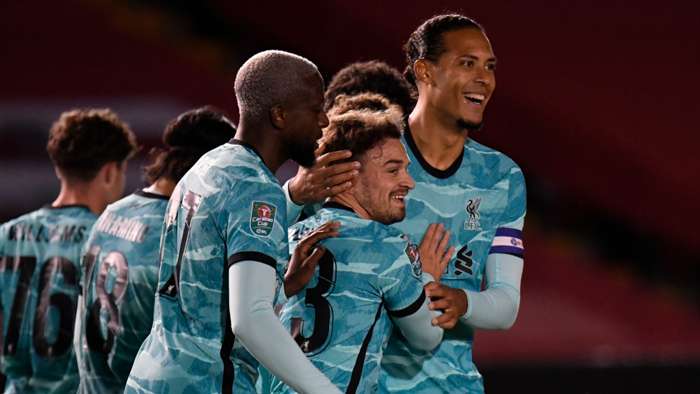 Liverpool can afford to close the exits at Anfield and reassess their options in the January transfer window, says John Aldridge, with multiple competitions making it important for Jurgen Klopp to work with a “big squad”.

Aldridge, though, believes that Klopp may look at keeping more options on his books than he would usually favour, with the Premier League champions once again looking to chase down domestic and continental honours.

The former Reds striker told the Liverpool Echo: “It will be interesting to see how the squad looks by the time the transfer window closes early next week.

“There's been talk through the summer that the likes of Shaqiri, Origi, Brewster, Wilson and Grujic could move on and we know that generally the manager doesn't like to have too big a squad as it's not always possible to get everyone enough game time.

“This is such an unusual season and, while we may yet see one or two depart, I don't think it's the worst thing in the world if the squad is a bit bigger than normal just to give us that extra protection if we do get hit with a big injury list.

“If the offers don't come in at the right level the club want, these lads have shown they can do a job when required and it might just be a case of getting to January and then looking at things again.”

Liverpool have bolstered their ranks in the current window, with Kostas Tsimikas, Thiago Alcantara and Diogo Jota providing further competition and cover.Aldridge considers that to be a positive, saying Klopp is in a position where he can rotate when required.

“What's crucial is to have cover all over the pitch and I do feel, particularly with the signings of Thiago and Jota, that we've got that now,” Aldridge added.

“Anything can happen with injuries, we're already missing a few at the moment, but this is why you have to have different options and playing so many rounds of the Carabao Cup as early as we have this season will help because some of the fringe players will have more minutes in their legs than they ordinarily would have done.

“There is genuine depth to the squad and I think we will need it as winter draws in because, whether we get injuries or not and you have to expect a few, Klopp will want to manage the players' fitness like he always does so that we're still bright in the new year and spring when the business end of the season kicks in.

“You look at the players who have hardly figured yet this season like Jordan Henderson, Alex Oxlade-Chamberlain and Joel Matip as well as the young lads like Curtis Jones and Neco Williams who are chomping at the bit to show what they can do and it proves what a great job Klopp, Michael Edwards and the recruitment team have done in recent years.”