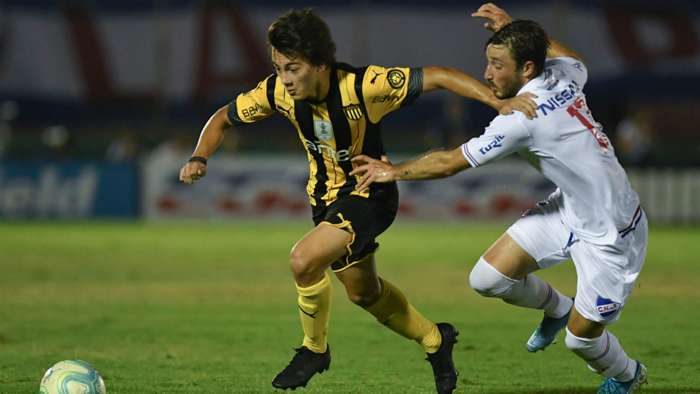 Manchester United have secured the signing of 18-year-old winger Facundo Pellistri from Penarol on a five-year deal with option for a further year.

Barcelona winger Ousmane Dembele was considered but negotiations failed with United wanting a loan deal and the La Liga side keen on a permanent sale. Watford were contacted over Ismaila Sarr but, again, they were not keen on a loan deal.

While no deals could be agreed for senior right-sided attackers, the club have ended the window with two teenage wingers after they agreed a deal with Penarol for highly rated Pellistri worth to be €10 million (£9m/$11.8m).

The 18-year-old was linked with Real Madrid, Juventus and Atletico and first came on United's radar in September 2017, and their scouts have continued to monitor him ever since.

That follows the announcement they had finalised an agreement with Atalanta for 18-year-old winger Amad Traore. The deal willsee the teenager move to Old Trafford in January once a work permit, medical and personal terms have been agreed.

Pellistri said:“To join a club with the history of Manchester United is a dream come true. I have learnt a lot at Penarol and I would like to thank them for everything they have done for me. To have the confidence of the manager is an amazing feeling and I know that working with him will be perfect for my development.

“I am coming into a squad full of great players who I will learn from every day. Everyone knows that Manchester United is a club that gives young players an opportunity and I am ready to work hard every day to earn those chances and prove myself in England.”

Ole Gunnar Solskjaer added: "Our scouts have followed Facundo for a long time and we believe that he will be a real talent for the long term. Whilst we understand it will take time for him to adapt to the English game, he is capable of having an impact with his pace and ability to beat his opponent.

“Facundo has the perfect platform at Manchester United to develop and he has all of the technical qualities and the right mentality required to become a top player here. We are all looking forward to working with him to fulfil his potential over the coming years.”

It was a busy deadline day for United with deals for left-back Alex Telles and free agent Edinson Cavani being announced. Chris Smalling’s departure to Roma on a permanent deal was also confirmed in a move believed to be worth €15m (£13.6m/$17.7m) plus add ons.

Sergio Romero, who was keen to make a move away from the club having fallen down the pecking order as Dean Henderson returned to the club, looks set to stay for the season after failing to move anywhere before Monday’s international deadline.