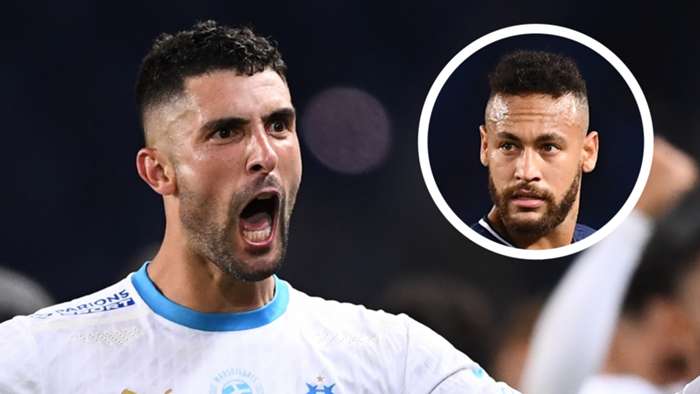 Alvaro Gonzalez insists that Neymar doesn't deserve his "respect", and claims the Paris Saint-Germain star told him"he won in one day what I earn in a year" during their clash at the start of the season.

Both sets of players were involved in an ugly melee in stoppage time, which resulted in the home side being reduced to eight men as Layvin Kurzawa, Leandro Paredes and Neymar were all shown red cards.

Marseille saw Jordan Amavi and Dario Benedetto dismissed for their part in the skirmish, but Neymar made all the post-match headlines for being caught slappingGonzalez across the back of the head.

The Brazilian defended his actions by accusing the Spanish defender of allegedly calling him a"monkey son of a b*tch" on social media, before adding: "myonly regret is not hitting that asshole in the face."

Neymar was alleged to have made racist marks of his own towards Hiroki Sakai during the match, but he and Gonzalez bothended up escaping further punishment from the French Football Federation.

Gonzalez says the PSG talisman attempted to wind him up throughout the 90 minutes, and even bragged about his earnings in an attempt to get a rise out of him.

The Marseille centre-back told Onda Cero: "Neymar told me he won in one day what I earn in a year, and it's true. I told him I was very happy with my salary.

"Neymar's whole game that day was unfortunate, full of provocations."

Gonzalez has always vehemently deniedracially abusing Neymar, butsays theincident has still had a detrimental impact on him both professionally and personally.

He holds the Brazil international responsible for bringing his character into question and also points out that there is no video evidence to substantiate his claims.

"I did not make any racist insults, I will not allow my football career and myself to be humiliated," he said."Neymar deserves nothing from me, neither my respect nor anything.

"We had a bad time, not just me, my family and more. If I had said anything to him, it would have appeared on all the cameras."

Gonzalez added on his personal battle against Neymar on the pitch:"I was superior to Neymar in this match,he was helpless that day.