Cassano: Juventus made a mistake by signing Ronaldo 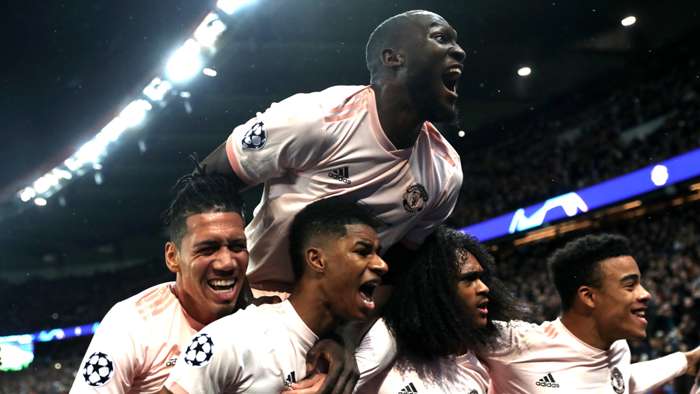 Marcus Rashford says Romelu Lukaku showed himself to be the ultimate team player when he handed him the ball for his famous penalty against Paris Saint-Germain.

Trailing 2-0 after the first leg, injuries and suspensions left Ole Gunnar Solskjaer with a depleted squad but Lukaku’s early brace set them on their way to a stunning comeback.

Rashford completed the turnaround with a penalty deep into injury time – and it is that moment, rather than Lukaku’s goals, that is best remembered.

Reacting to Thursday’s Champions League draw, Rashford gave his thoughts in a Twitter thread: “Let me tell you a little story about Romelu Lukaku.

“We are playing PSG in the second leg of the Champions League, with little hope of qualifying. 2-0 down on agg.

“94th min - penalty... Rom steps up picks up the ball and hands it to me. He knew this was my moment.

“He knew it would be me that got all news coverage for scoring that penalty and he was ok with that, ignoring the fact that he was the most instrumental part of that win.

“That tells you all you need to know about Romelu Lukaku. Selfless, a team player... Never afraid to dim his light for others to shine. That’s my brother and I appreciate him.”

Lukaku was not always a popular figure among fans at Old Trafford, but he has shone since leaving United for Inter.

He scored 34 goals in his debut season, equalling the tally of the Brazilian Ronaldo in his first season at the club.

The Belgium international has showed no signs of slowing down in the new season, scoring in both of Inter's games so far as Antonio Conte's side hit nine in their opening two matches of the Serie A campaign.

Lautaro Martinez is set to sign a new contract at Inter, and says links with ...