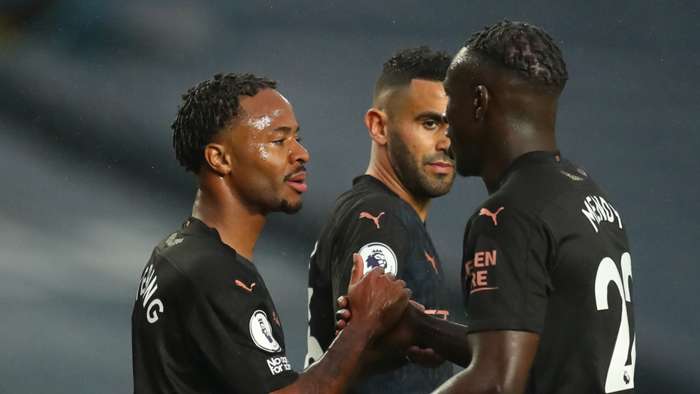 Raheem Sterling has been impressed at how Manchester City have coped without key players despite having to settle for a 1-1 draw against Leeds United.

The latest strike for England international Sterling meant he has scored 34 goals in all competitions since the start of last season, more than anyone else in the Premier League.

He also has eight opening goals over that period, a record only bettered by Danny Ings (12) and Pierre-Emerick Aubameyang (nine).

That positive assessment comes despite them dropping points against Leeds a week after a humbling 5-2 home defeat to Leicester City, though those league games were either side of a 3-0 CarabaoCup win at Burnley in which Sterling netted twice.

"There were a few setbacks that we have had like injuries," Sterling said to BBC Sport after City racked up 23 shots but managed to get just two of those on target.

"I think we have done well with a short squad that we have had.We have done fantastic,and after the international breakwe should have a fit squad and be ready to go."

Sterling enjoyed an end-to-end battle with Leeds, who hit the woodwork twice, while City did the same through Kevin De Bruyne.

"It was a difficult game," added the City forward. "The energy levels start to finish we impressive.They were right in our faces. I prefer playing against teams like that instead of 11 men behind the ball."

Guardiola also enjoyed the contest on Saturday despite the unfavourable result and believes it's too early to count his side out of the title race.

"The approach was incredible and it's nice to face a team like Leeds because they want to win, like they did with Liverpool. It's incredible entertaining football and it's interesting for the fans," Guardiola said post-match.