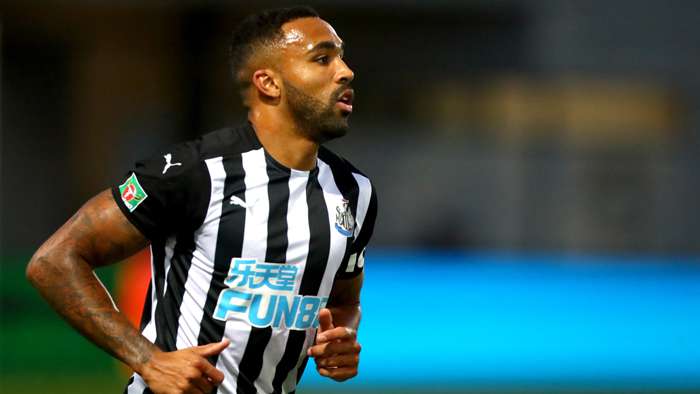 Newcastle have been rocked by the news that leading goalscorer Callum Wilson could be sidelined for up to eight weeks with a hamstring injury.

The 28-year-old striker was forced off after 36 minutes of the Magpies’ last Premier League outing against Southampton.

Fears were quickly raised regarding a long-term absence for the England international, with Bruce confirming that he may be out of action until April.

When offering a fitness update ahead of a trip to Chelsea on Monday, Newcastle boss Bruce told reporters: “Fabian Schar has had an operation on his knee ligaments so it's eight weeks out for him.

“Javier Manquillo did his ankle ligaments so he could be a similar time out and Callum Wilson has got a tear to his hamstring so that could be six to eight weeks as well.”

The Magpies invested £20 million ($26m) in a proven frontman when luring him away from Bournemouth in the summer of 2020.

That show of faith has been rewarded with 10 goals through 23 appearances.

Nobody in a Newcastle shirt has got close to matching his output this season, with Miguel Almiron sitting second on their scoring chart with five efforts to his name.

Alongside his clinical finishing in the final third, Wilson has also contributed a club-high five assists to the Newcastle cause.

If Wilson finds himself stuck on the treatment table for six weeks, then he will be absent through to the end of March.

Prior to that, Newcastle have Premier League clashes with Chelsea, Manchester United, Wolves, West Brom, Aston Villa and Brighton to take in.

Sitting out another fortnight beyond that point would make Wilson a major doubt to figure in meetings with Tottenham and Burnley.

Bruce will be desperate to have his most potent attacking weapon before then, with the Magpies currently perched in 16th spot in the Premier League table – 10 points clear of the relegation zone and seven adrift of the top-half.