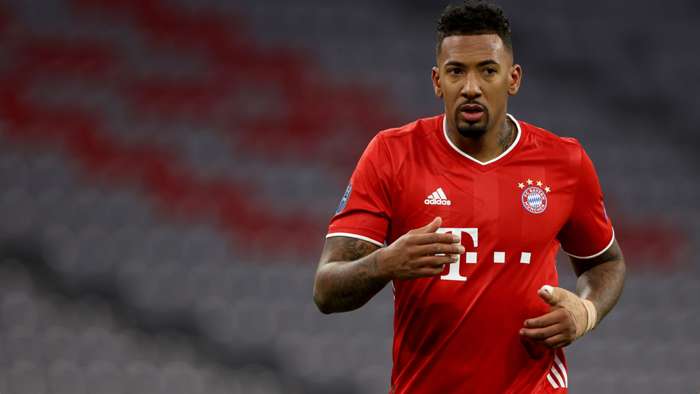 Jerome Boateng has left Bayern Munich's camp at the Club World Cup in Qatar,head coach Hansi Flick has confirmed, after the death of the defender's ex-girlfriend.

Kasia Lenhardtwas found dead in Berlin at the age of 25, just one week after she and Boateng announced their separation on social media.

On Wednesday, Flick confirmed Boateng would be leaving Bayern's camp, saying: "Jerome came to my room and asked if he could go home. He will not be available to us until further notice."

Polish-born KasiaLenhardtrose to fame as a contestant on Germany's version of "Next Top Model" in 2012. She and Boateng dated for more than a year.

In her final post on Instagram after the couple's break-up had been announced, she wrote: "Now is where you draw the line. Enough."

Lenhardtwas found in theCharlottenburg neighbourhood of Berlin on Tuesday night, with police saying they suspect she died by suicide.

“Yesterday at around 8:30pmthere was a police operation in Charlottenburg on suspicion of suicide,” Berlin police said in a statement to Bild.“There are no indications of third-party negligence.”

The couple dated for more than a year but were recentlyinvolved in a very public and messy break-up.

Bildreported last month that Lenhardt had been involved in a car accident in Boateng's car, and that she accused him of "lying" and "infidelity."