Lewandowski: Bayern can complete one of the biggest historical achievements in all of football
Match

Lewandowski: Bayern can complete one of the biggest historical achievements in all of football 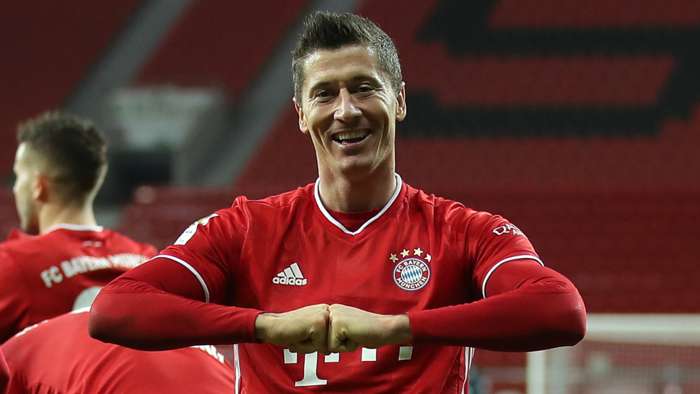 Robert Lewandowski says Bayern Munich will complete “one of the biggest historical achievements” in world football if they lift the Club World Cup in Qatar this month.

They would become just the second team to achievethat feat after Pep Guardiola’s Barcelona in 2009-10.

Bayern won the Club World Cup for the first time in their history back in 2013 under Guardiola, having also won the treble the previous season.

Lewandowski believes winning the competitionfor a second time and completing a clean sweep of trophies would earn the current squad a deserved place in the history books.

“I think if we win this Club World Cup it would complete one of the biggest historical achievements in all of football,” he told FIFA.com.

“We know we are so close, but we have to stay 100 per cent concentrated. It would be really special. Not just for Bayern or for Germany, but it would be one of the biggest historical achievements from all over the world.

“It will be really special for us, not only for me. It’s the best team in Europe playing against the best teams from other continents. It will be, for us, a new challenge. We want to win this title, for sure.”

After hitting an incredible 55 goals during during Bayern’s treble-winning season, Lewandowski ended a memorable year on a personal level by winning FIFA's The Best Men’s Player award in December.

Despite turning 33 later this year the Poland striker shows no signing of slowing down, scoring 27 goals in just 26 appearances so far for Bayern this campaign.

And the former Borussia Dortmund forward believes he can get even better despite his advancing years.

"It winning the FIFA Best awardwas amazing. But I know that what I won was because of what we won as a team. I hope we can continue winning titles," he added.

“I’m trying to keep doing these things. For years I’ve been hearing that this is the best Lewandowski. It doesn’t matter how old I am. I can still get better, improve my skills.