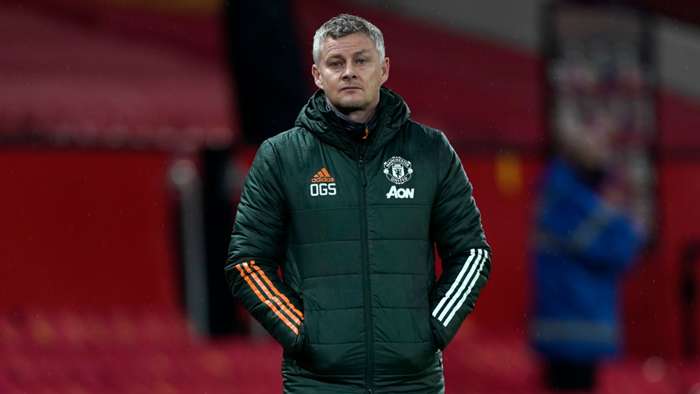 Gary Neville is convinced Manchester United will bolster their defensive options in the summer transfer window.

The Red Devils squandered a precious two points when conceding deep in injury time to draw 3-3with Everton on Saturday, and the defence was in focus after the match.

"Manchester United are just not quite there in terms of winning the title,” Neville said on his latest podcast. “Something is missing. It is not quite right.

“I think they are on the right track. I would expect them to challenge next season.

"I would expect that there will be a new centre-back in the club, andmaybe another full-back.

"The goalkeeping situation is one that needs monitoring, no doubt.

"Right wing will be interesting, and centre forward, depending on how Mason Greenwood settles in the last few months of this season."

Goalkeeper: David de Gea was in the spotlight following the draw with Everton. He was rightly highlighted for being at fault for Everton’s first goal, as he weakly palmed a cross from Dominic Calvert-Lewin the into path of Abdoulaye Doucoure.

The Spain goalkeeper also drew criticism for the third goal, with it being claimed he was too slow off his line as Calvert-Lewin controlled and stabbed home.

Central defence: Arguably as culpable for the third goal was Harry Maguire, who dropped in as the free-kick was delivered to play Everton onside. The England defender would have been better served taking the United line higher ahead of the delivery to move the danger further away from his goal.

Attack: United have looked sharp in patches this season, and Edinson Cavani has added an assassin’s touch in the box. However, the Uruguayan is not a long-term option and manager Ole Gunnar Solskjaer might needto dip into the market.

Dean Henderson is waiting in the wings to replace De Gea, but as was demonstrated by Alisson for Liverpool on Sunday, even the best 'keepers have off-days. De Gea has not been as consistent as in previous seasons, but it is too soon to write him off.

United have reportedly turned their attentions to the Bundesliga for defensive reinforcements, with Ibrahima Konate of RB Leipzig in their sights. At 21, the Frenchman has more long-term potential than the alleged interest in Real Madrid veteran Sergio Ramos.

It is the Bundesliga again where United are said to have trained their gaze for an attacking signing, and it would certainly excite the Old Trafford faithful were the club to go big in a bid to land Borussia Dortmund’s Erling Haaland.

The Norwegian may not be available, but his team-mate Jadon Sancho reportedly is and he is as exciting as any winger in Europe.