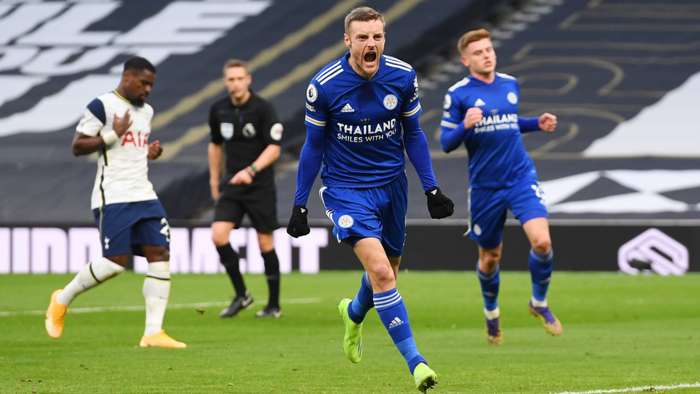 Jamie Vardy will feature in Leicester’s FA Cup clash with Brighton on Wednesday.

Vardy returned to action at the weekend, coming off the bench for the final 30 minutes of the 0-0 draw with Wolves on Sunday, and has suffered no reaction as he is in the frame for the FA Cup fifth-round clash.

“Vardyhasn’t lost too much fitness," Rodgers told the Leicester Mercury. “That’s the reality. It’s only been a couple of weeks, and he’s got a great level of fitness.

“We gave him a half-hour and you could see the dynamism he brings to the team. We’ll definitely get him some minutes on Wednesday, whether that’s in the first period of the game or the second. He’ll feature at some point.”

While Leicester are in the title mix, Rodgers has made it clear that an FA Cup run is high on their list of priorities.

“We’ll have a strong 11," he said. "We’ll make changes, there’s no doubt about that. We have to consider the month of games and the early kick-off at the weekend against Liverpool. It will still be a strong squad.

“We want to get to the quarter-finals.”

Vardy’s absence highlighted hisimportance to the Foxes. In the forward’s absence, Leicester drew with Everton, lost to Leeds and beat lowly Fulham.

Rodgers pointed out that the 34-year-old lost little fitness during his absence, but match sharpness may have been slightly blunted - which is why he is likely to feature against Brighton at some stage, with a view to the meeting with Liverpool in the Premier League on Saturday.

If Leicester are to secure a place in the top four, or even mount a title challenge to Manchester City, Vardy's forward play will be key to their hopes.