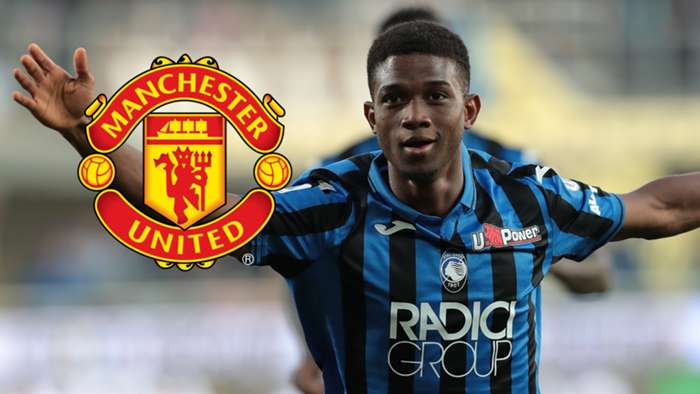 Manchester United are doing their best to keep expectations about 18-year-old Amad Diallo realistic but, after picking up three assists and a goal to add to his debut double with their Under-23 side, it will become increasingly difficult for them to do so.

As a club, United arewell versed in how to deal with watching the next big thing break through. Not only do they want to keep their players grounded but there has also been a desire to protect them.

Look at Mason Greenwood. Even when he was thrust into the spotlight as a teenager breaking into the first team the club did what they could to shield him, keeping him away from media duties as even in-house media was limited.

But, when you’re the most expensive player to arrive at a club in the last transfer window. it doesn’t matter your age or your ability;there is always going to be a big spotlight on you.

Such is the nature of the last transfer window, where United’s £37 million ($50m) acquisition of Diallo from Atalanta accounted for44 per cent of all Premier League clubs' spendingin January.

Despite the fanfare around the winger's arrival, Ole Gunnar Solskjaer is keeping the 18-year-old grounded. But after notching a hat-trick of assists, all for 17-year-old Shola Shoretire –the real star of Friday night’s win – and scoring United’s sixth of the evening, following on from a dream debut where he scored twice, it will behard to keep Diallo under wraps.

Solskjaer, however, knows what he is doing with his management of the teenager and knows better than to start talking him up too much. After Diallo'sdebut last week the Norwegian preferred totalk about Joe Hugill, the 17-year-old striker who scored four. Then there were his comments about Diallo’s involvement for the U23s on Friday night.

“We’re working on his match fitness,"the United boss said. "Of course, he’s working hard in training and Blackburn are top of the league so it will be a good challenge for them again.”

No mention of the first team, yet. The bubble system means the 18-year-old starlet is training with the first team and playing with the U23s for experience. The first time he met his team-mates at this level was when they warmed up against Liverpool, but ahead of kick-off in that fixture, he ensured he fist-bumped each and every one of them. He might be a first-teamer when it comes to training but he is determined to make an impression at every level.

Sources say he has an air of confidence about him at the training ground and his lack of English is not holding him back in expressing himself. That confidence is replicated in his play too. His intricate first touch has a finesse to it that could not be replicated by many, if any, of those playing at Leigh Sports Village on Friday night.

United were hosting table-topping Blackburn and Dialloshowcased the same skills that were on display against Liverpool six days earlier. He can operate well in tight spaces, likes to take on a defender and as he and Shoretire exchanged quick passes in the area, he showed good movement to bemuse the Blackburn defenders.

His assists were varied too; a squared pass for his first, a pinpointcross for his second, and then another calm pass for Shoretire to tap in his third.

As Diallo showed against Liverpool, he looks calm on the ball and has the vision to create for United. As he prepared to cross for Shoretire’s second he gestured to exactly where he wanted the 17-year-old to run. Not a bad partnership for two players who had only played togetherfor 90 minutes on a pitch before the game.

And then, not content with just setting them up, Diallo volleyed home for United’s sixth of the night.

Diallo’s game wasn’t perfect, and there are still thingsto work on. He should have buried a one-v-one effort in the second half while United were 4-2 down and some of his other decision-making could have been improved. Still,there can’t be many complaints.